Organization of corporate events is our great domain. According to your requests we will plan and implement any tailor-made event – from intimate gatherings in Prague’s Underground to private thematic parties for one thousand people. We will propose a theme setting, recommend the venue, arrange a supplier for services where required and manage a smooth run of the event itself.

Presentations of products and services

The following programs are for your inspiration; they are a cross-section of what we have done in the past or what our customers enjoy
See More Packages

In 2012 an ICANN conference took part in Prague. One of the attendees, an organization involved in promoting a new top level domain .green was looking for a company that would organize a group activity for friends and attendees of the conference. The goal with the programme was to create a “People and Planet Event” in Prague.

We discussed the whole concept of the event with the client and the task was to create something that would leave a lasting impression, allow the participants to have a fun adventure, learn about the natural environment, and support an organization that promotes sustainability and responsible adventure. The client also enquired about a donation opportunity as an even greater way of giving back while travelling and experiencing Prague. After several proposals and mutual work with the client the final version of the event took shape of a half day “green” programme in Prague city centre.

In the morning the participants together visited one of the town’s farmers markets that focuses on organic a local products. They were given tokens to buy some ingredients that were later used for preparing a picnic lunch. Then the group split – one half took an easy stroll through the centre with a guide specializing on environmental aspects of running a modern metropolis. The other half was joined by the guides for a cycling trip. We presented bicycles as alternative not only for personal travels, but they could also try riding the special “cargo” bike.

Both groups met at lunch time in the Kinsky Garden, where the picnic lunch was prepared for them. The highlight was the Cyclo Fresh Bar – an example of ecological way of preparing fresh juices using a power from special spinning bike. The participants also had a chance to listen to a lecture of a speaker from Partnerships Foundation which is one of the leading members of the sustainability movement here in the Czech Republic. In the end of the day everybody was satisfied. The attendees walked away from the event feeling that they have made a difference by having a fun trip! 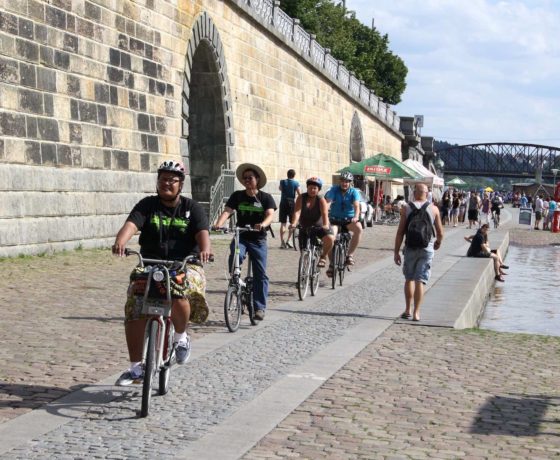 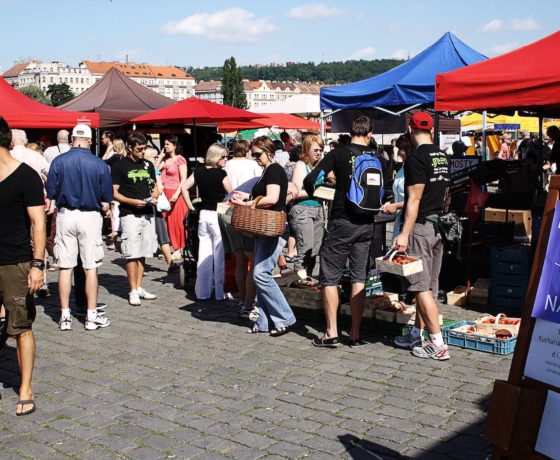 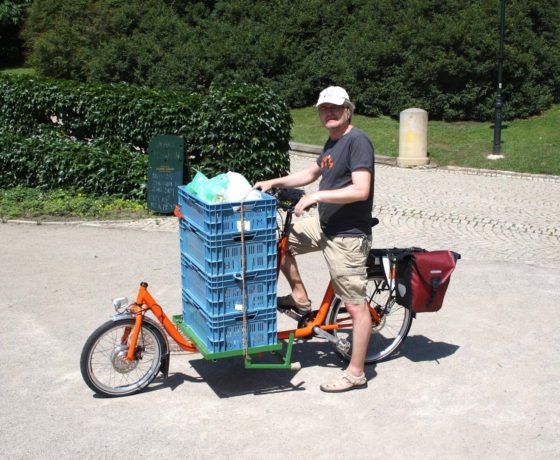 Cargo bike used during the event 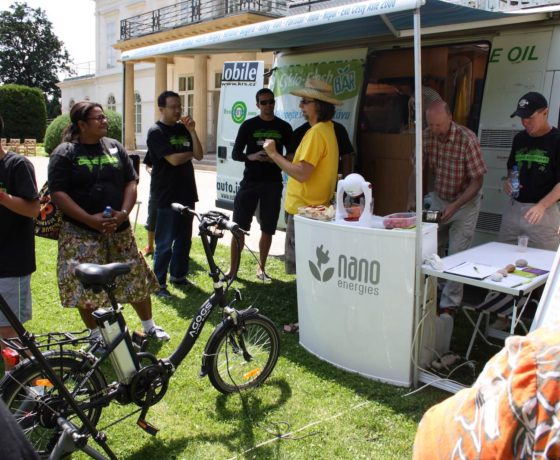 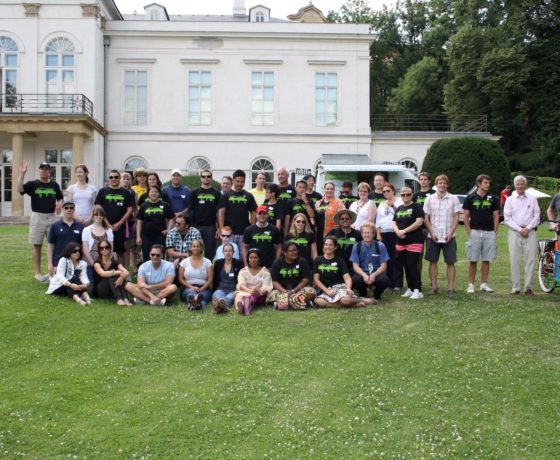 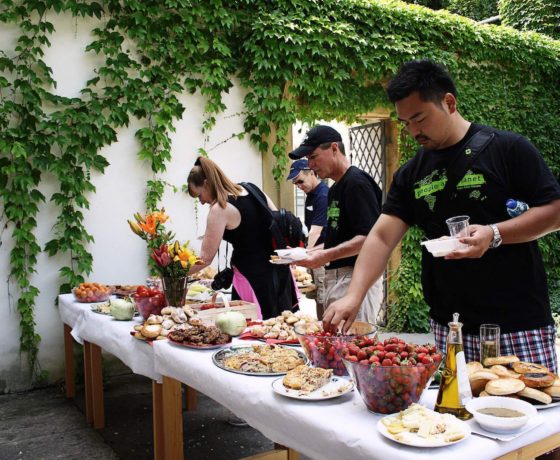 The refreshment was bought on the farmers market